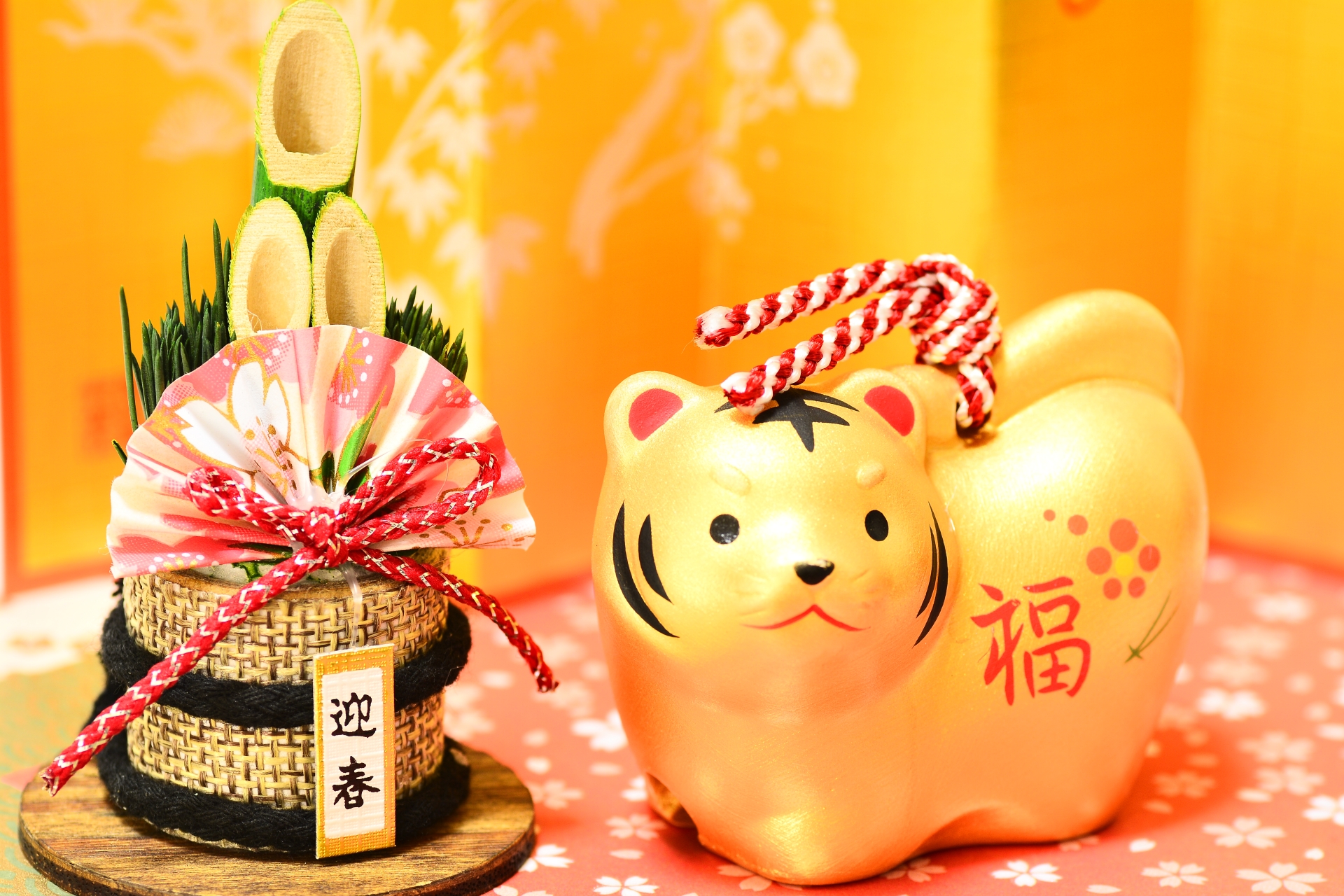 The Japanese New Year vacations are about a week long. Schools are closed for about two weeks.

“What are you going to do during such a long vacation?”

Many Westerners seem to wonder. From a Japanese perspective, it’s hard to believe that January 2nd and 3rd are normal days in western countries, but it’s the same in reverse.

The following is a summary of the typical way to spend New Years days in Japan.

The sunrise on New Year’s Day is called Gantan or Hatsuhinode*, and it is believed that the New Year’s God Toshigami comes down with this sunrise. Many people go out to a place with a good view to see the first sunrise of the year.

The kanji character “旦tan” is based on the motif of the sun rising from the horizon.

*In Japan, “hatsu” (first) are considered to be auspicious. For this reason, many New Year’s events have the character “hatsu” in them.

When I talk to people from overseas about the first sunrise, they often say that they would like to see the first sunrise from the top of Mt. Fuji. Unfortunately, even the most experienced climbers do not climb Mt. Fuji in this winter season, so I recommend that you enjoy the first sunrise that appears behind Mt. Fuji 😀

After watching this sunrise, there are many family events waiting for you.

2. First visit to a temple/shrine (Hatsumode)

Many people visit shrines and temples during this period to give thanks for the blessings they have received and to pray for safety and peace in the new year. Check out how to pray before you go.

The biggest treat for children is the New Year’s Otoshidama gift. Nowadays, the term “otoshidama” refers to money given by elders, but originally it was mochi (rice cakes).

It is good manners to give this New Year’s gift in a small bag called a pochi-bukuro.

Osechi-(ryori) is a traditional Japanese dish eaten on New Year’s Day to offer to the gods of the year. It is said that the reason why most of the dishes are made to last for a long time is to avoid making noise in the kitchen so that the New Year’s god can rest, to let the Kamado (Fire in the kitchen) god rest, to refrain from using the sacred fire, and to allow busy women to rest a little.

Each dish in Osechi has various meanings, such as prosperity of descendants, good harvest, health, luck, and protection from evil.

In the traditional way of eating Osechi, the three dishes called “Iwai zakana” are eaten first.

These are black soybeans, baby sardines, and gomame/tatsukuri/tadukuri or burdocks.

You can also make them in Norway, so give them a try.

Otoso is a medicinal sake soaked in 5-10 different kinds of Chinese herbs, and is meant to bring good health to the family. It is said to destroy evil spirits and revive the spirit of life.

Before drinking the Otoso-sake, people purify their hands with the first water of the year called Wakamizu, worship the household shrine and the Buddhist altar, and greet the new year with the whole family.

After this otoso we eat the Osechi.

It is a soup with mochi in it. region and each family has its own way of making this dish.

It can be sweet with red beans, with fish or oysters, with lots of vegetables, with sauce, boiled with miso, or flavored with soy sauce. It is said that no two people in the same neighborhood have the same ozoni.

Originally, the mochi (rice cakes) that were offered to the gods were taken down from the household shrine and made with water that was drawn for the first time that year.

It is customary to eat this ozoni after the Osechi meal, but many families eat it at the same time.

on January 2nd, people draw their resolutions and goals for the new year. The calligraphy written at the beginning of the year is burned at a festival called Dondoyaki. (Details below)

In old Japan, there was a tradition of predicting the good and bad fortune of the year based on the content of dreams.

The following are considered to be good first dreams

All kinds of luck will rise. It will be a year of prosperity.

A hawk soaring in the sky and catching its prey with its sharp talons suggests that you will be able to seize opportunities and high potential.

This symbolizes wealth accumulation and prosperity of offspring.

It is a symbol of wealth and prosperity.

There are two things to do on this day.

It is said that if you eat Nanakusa-gayu on January 7th, you will not get sick for a year. Another reason behind the popularity of this porridge is to soothe the stomach and intestines after the New Year’s feast, and to nourish the body during the winter season when green vegetables tend to be in short supply.

If you can’t find the seven spring herbs, you can use whatever vegetables you have in your refrigerator, such as leeks, spinach, basil, etc. If you use the freshest young greens possible, it matches the original concept of receiving new life force from the nature.

2. Take off the New Year’s decorations

Kadomatsu and shimekazari decorations, vary from region to region, but they are generally displayed until January 7th, and then taken to a nearby shrine to be burned on January 15th (or January 7th in some regions). This event is called Dondoyaki or Otakiage.

This event called “Dondoyaki” or “Otakiage” is said that if you eat the rice cakes and Dangos that are burned in the fire made by collecting the New Year’s decorations, you will be healthy for the whole year.

Unfortunately, there are no Japanese Buddhist shrines or temples in Norway, so it would be better to burn them at home.

Now I feel that the Oshogatsu period is over. Hope this year will be a great year for all of you!