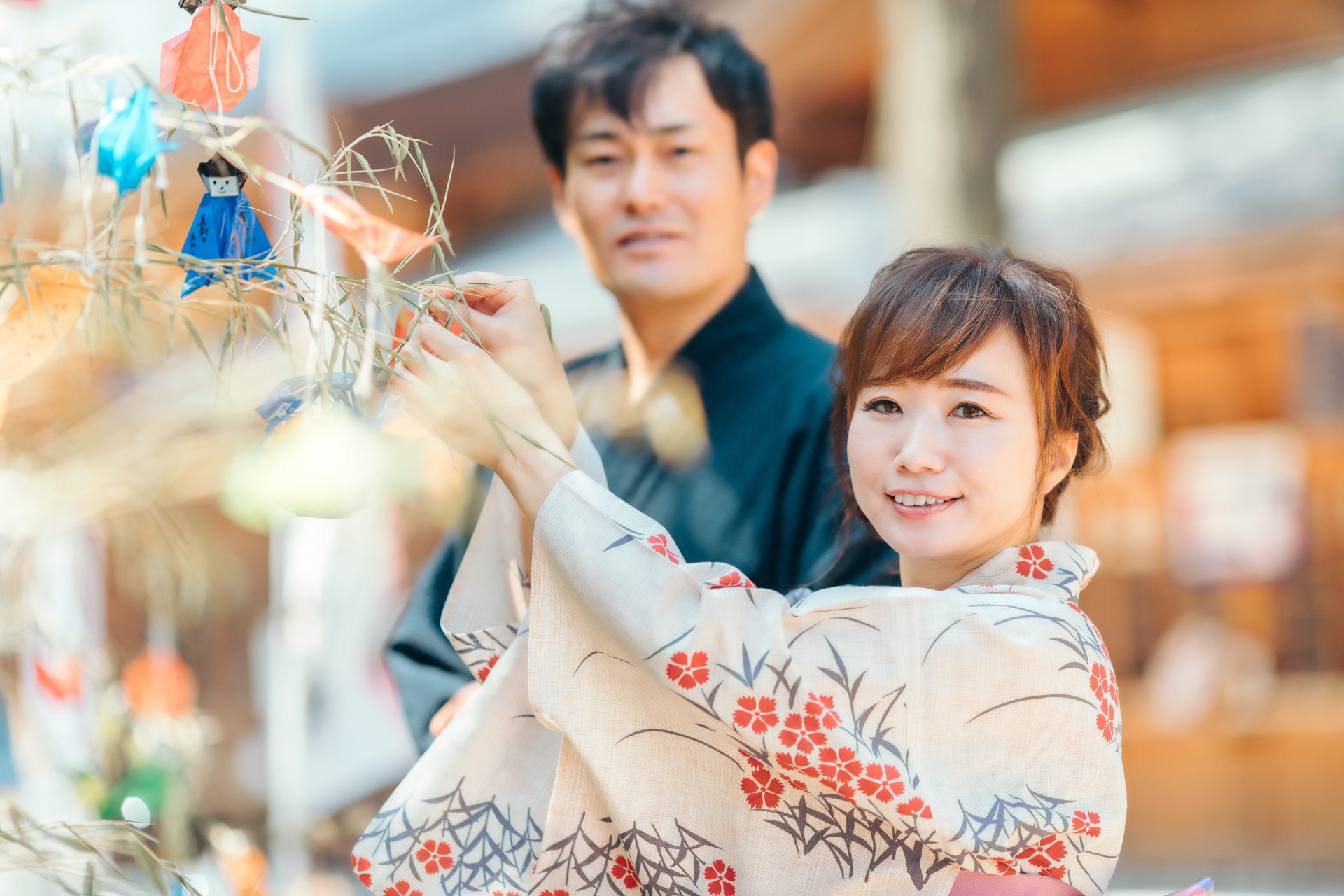 Today is a special day called “Tanabata”. Bamboo branches are decorated all over Japan, and wishes written on colorful paper are hung up.

Here’s a little overview of this special day. You can also watch some videos which show how people in Japan celebrate this “Tanabata” day.

If you know of any similar events, we would love to hear about them from you.

Originally a Chinese event, it has now spread to Japan, Korea, Taiwan, and Vietnam.

There are various theories about the origin of Tanabata, such as star legends, Chinese palace events, and Japanese Shinto rituals, which are said to have combined to form its current form.

Here, I have written about the star legend that is still told to children during Tanabata.

The God of the heavens had a daughter named Orihime. Every day, Orihime would sit at her loom and weave a beautiful cloth.

God was proud of her for working so diligently every day, but he was a little worried about her not wearing makeup or clothes, so he decided to look for the perfect match for her.

When God was looking for a young man on earth, he found a young man who worked hard to take care of the cows. This was Hikoboshi.

The two got married and lived together very well. However, after a while, they began to not work and just spent their time relaxing.

Because Orihime didn’t weave, there was a shortage of clothes in the sky, and because Hikoboshi didn’t take care of the cows, the cows became thin.

When the gods warned them, they did not listen to them. The gods finally got angry and separated Orihime to the west side of the Milky Way and Hikoboshi to the east.

The two were now separated and all they could do was grieve. The gods were troubled by this and promised to let the two meet only once a year, on July 7th, if they worked hard every day.

Thus, they began to work hard again and were able to meet only on the night of July 7th every year.

Tanzaku is a long, thin piece of paper or wood. The colors of “water, fire, earth, metal, and wood” found in nature are used. On Tanabata, people write their wishes on these tanzaku and hang them on bamboo branches.

We also decorate them with the following decorations, each of which has a different meaning.

Why do we write our wishes on tanzaku?

It is said that it all started when people in the olden days made a wish that their arts, calligraphy and other handicrafts would improve, just like Orihime, who was a good weaver.  Nowadays, it is said that people make wishes for all kinds of things, not limited to learning.

Bamboo and bamboo leaves, which have the vitality to grow straight and stay green even in winter, have long been believed to have sacred powers.They are also thought to hold the gods, which is why they are used for Tanabata decorations.

It is said that Somen is a confectionery called “Sakubei” from ancient China, which was brought to Japan and modified. In China, it is said that a child who died on July 7th became a demon and spread the plague, but the plague was cured after the child’s favorite rice cake was offered to the demon.

Many people eat dishes made from okra, which has a star-shaped cross section when cut, or desserts in the shape of stars.

If you were born and raised in Japan, you have surely sung this song.

Please have a listen to it.

I have never been able to see the beautiful Milky Way on July 7, partly because the original Tanabata Day is in August of the lunar calendar.
Unfortunately, the sky is too bright in Norway to enjoy looking at the stars at this time of year.
When you come to Japan, try to watch the stars in the summer night sky and participate in festivals. It will be a memorable event for you : )