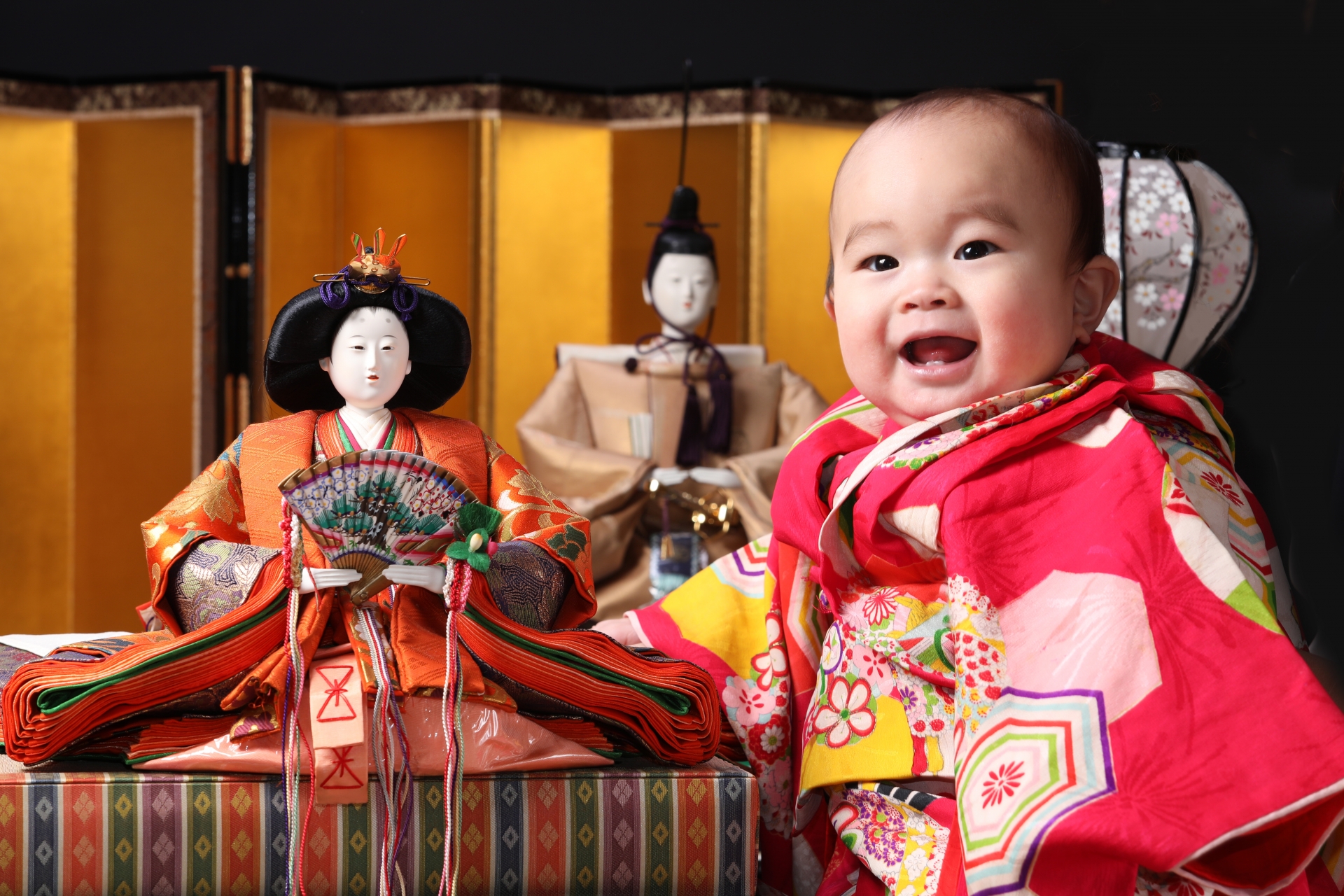 In some areas, it is celebrated on March 3 of the lunar calendar or on April 3 of the new calendar.

It is usually celebrated by each family with grandparents.

Girls are celebrated in this event. Boys, on the other hand, celebrate on May 5th.

From the custom of sweeping away impurities to a day to wish for the healthy growth of girls.

March 3rd, the Doll (Hina) Festival, was originally one of the five seasonal festivals in which seasonal foods were offered to the gods. According to an old Chinese custom, it was a day to do purification at the water’s edge, which led to the transfer of impurities to dolls, which were then thrown into the water to purify them. These dolls later became hina dolls, and March 3rd became the “Hina Matsuri” to pray for the healthy growth of girls.

Hina dolls are believed to take the place of children and protect them from illness and accidents. Hina dolls should be displayed from Risshun (around February 4th) to mid-February, and put away as soon as possible after the Doll Festival is over.

In the old days, people used to make Hina dolls out of paper and throw them down the river so that they would take away any bad things like illness or injury, but nowadays, the mainstream is to celebrate by decorating them; there are various types, from gorgeous 7-tiered ones to simple ones with two dolls.

Each of the dishes served during the celebration has its own meaning. Let’s take a look at them one by one.

Hishi-mochi is made by layering three colored rice cakes, green, white and pink, cut into a diamond shape. The plant “hishi” (water chestnut) spreads out and flourishes on the surface of the water, so the hishi shape has been a symbol of growth and prosperity since ancient times.

There are several opinions about the meaning of the color.

2. Hishi-mochi represents new buds sprouting and blossoming from under the snow.

The hishi-mochi (rice cakes) of Peach Festival represents the wish for the healthy growth and prosperous life of girls.

Hina-arare can be made in three colors: pink, white and green, or in four colors: pink, green, yellow and white, meaning the four seasons. This food is eaten to pray for the health and happiness of the daughter.

Actually, this hina-arare is completely different in Kanto and Kansai.

Each of the colorful ingredients has a different meaning.

Shirozake is a white, cloudy, sweet sake made by mixing steamed white rice and rice malt, adding sake or shochu, letting it mature, and grinding it with a millstone. Since ancient times, it has been drunk during the Girls’ Festival to ward off evil spirits and exorcise bad luck.

Hinamatsuri seems to be a celebration that differs greatly from region to region and family to family. Despite the various differences, the root of the festival is the desire to pray for the healthy growth of girls.

In addition to the traditional celebrations, cakes, western sweets, sweet sake instead of white sake, and other ways of celebrating have been adapted to the current times.

Around the time of the Doll Festival, the plum blossoms bloom and we feel the arrival of spring.

When I was a child, I used to get angry with my mother for trying to play with the dolls.

Although it is considered to be a festival for girls, I think it is also a good opportunity for families to pray for the healthy development of their children regardless of gender.